To all of our fans and the community at large,

It’s been a while since we posted here, and as the year is coming to a close, it’s a good time to give an update on all things Remedy. It’s been a very eventful year for us at Remedy (on top of everything, we also moved the entire team into a new office) and on behalf of everybody at the studio, I’d like to thank everybody who supports us, covered our games and showed us love. It is greatly appreciated and never taken for granted.

We still can’t believe we and our publisher 505 Games managed to keep Control a secret all the way to the Sony E3 Media Briefing. Once we went live there, we have been dropping information and content on Control ever since, but we know you are hungry for more.

We just released a brand new Control trailer via IGN First, you can see it here. Control’s Game Director Mikael “Mixu” Kasurinen wanted to show more of the world of Control and lift the lid, just a little bit, on the mystery of the Oldest House. We also did a Twitch livestream looking back on the year – you can catch up on the VOD on Twitch here. Next time we show you Control, we are going to be focusing on the gameplay. 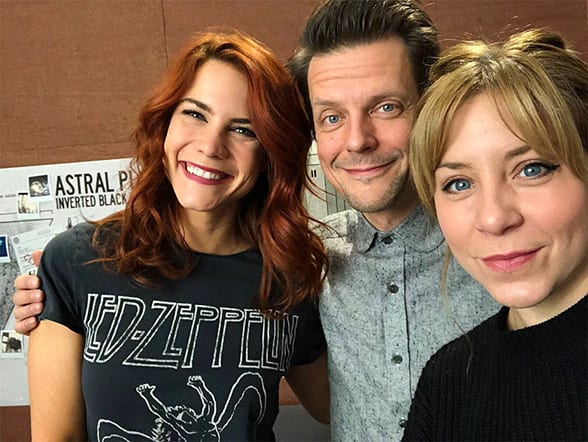 Our star Courtney Hope has been at the studio all week to bring Jesse to life and we’ll have a lot more to show in 2019, but it’s still gonna take a while. We only debuted Control back in June, so when it comes to getting to play the game and knowing things like the release date, well, hold on for a while yet…

If you have been following Remedy, you might have noticed that we are working on several different projects. We know Crossfire HD is a mystery to you. We are keen to let you see our and Smilegate’s work on the future for the CrossFire franchise – arriving to the Asian market first – so stay tuned. We have actually wrapped up the majority of the work on Crossfire HD quite a while ago and are already working on future CrossFire experiences.

Our close collaboration with Nvidia led to the Control RTX trailer at gamescom showcasing ray-tracing. We’ll have some pretty killer looking content showcasing RTX in 2019.

At the very end of August we announced the formation of our Vanguard team. They are exploring the multiplayer side of things on the PC and figuring out how to bring a Remedy experience into that space. We got a good mix of veteran Remedy devs and new blood on that one. We’ll have something to share on Vanguard at some point in 2019.

In September we announced that an Alan Wake TV show was in the works – Peter Calloway of Cloak and Dagger fame is signed on as showrunner, and our own Sam Lake will be helping out as executive producer. This is a big step on a long journey, so it might be a while before we can share more information about how the project is going.

Finally, as if we didn’t have our plates full enough, there’s also a fourth project in its formative phases. It’s still very, very, very far away from being done, but it’s happening and you know, why not take a look at our job openings and come help make it!

From all of us at Remedy, thank you for your support in 2018. Instead of watching and reading vague hints about what Remedy does, in 2019, you’ll be experiencing what we do first hand.